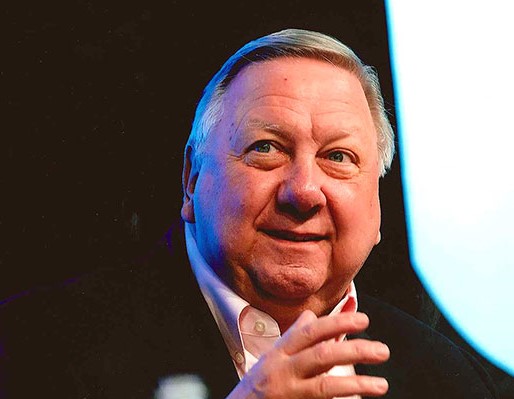 As President and CEO of the Houston Association of REALTORS® since 1988, Bob’s vision and drive have made HAR.com a household brand in the greater Houston area and the most frequently visited website for Houston real estate. HAR has grown to become the largest trade association in Houston and the second largest local REALTOR® association in the country with more than 36,000 members. The website recently expanded to cover the entire state of Texas, which provides even more exposure for member listings.

The Houston Association of REALTORS® is NOT a traditional trade association, it is so much more. It is also a cutting-edge MLS, a Commercial Division hosting Commercial Gateway, an NAR-award-winning International Section, a REALTOR® Supercenter and a Technology Department which has developed not only hundreds of REALTOR® member tools, but also HAR.com. In the top 100 markets across the country, Zillow is the No. 1 real estate site in 99 of these, with the exception of Houston due to the success of HAR.com with Houston-area consumers.

At the helm of HAR, Bob strives to fulfill its mission that its members achieve ongoing success by adopting and implementing a market-driven, member-centric business plan, recruiting and retaining a professional staff, re-engineering its governance, constantly surveying Houston-area real estate consumers, and becoming a cutting-edge, technologically advanced association. Bob strongly believes in providing “high-tech” member services in a “high-touch” manner.

The awards and accolades are many for Bob:

“Our influencers aren’t just those with the latest gizmo or hot idea; they’re also thought leaders who are reshaping how the real estate industry functions. Each has a profound impact on the present and future of real estate. Hale is widely regarded as a visionary and a leader who puts his members’ business needs first.”
NAR REALTOR® magazine

On behalf of HAR, Bob has developed strong relationships with industry leaders and CEOs:

How does HAR compare to others?

Bob is a native Texan and a graduate of The University of Texas at Austin, where he received his Bachelor of Business Administration, majoring in International Business, and a Doctor of Jurisprudence. Upon graduation from UT Law School, Bob served as the Director of Governmental Affairs for the Texas Association of REALTORS® in Austin.

He began representing the Houston Association of REALTORS® in 1973 as legal and legislative counsel, with an emphasis on association and anti-trust law. In 1988, he assumed the role of President & CEO. He is married to Susie Hale.